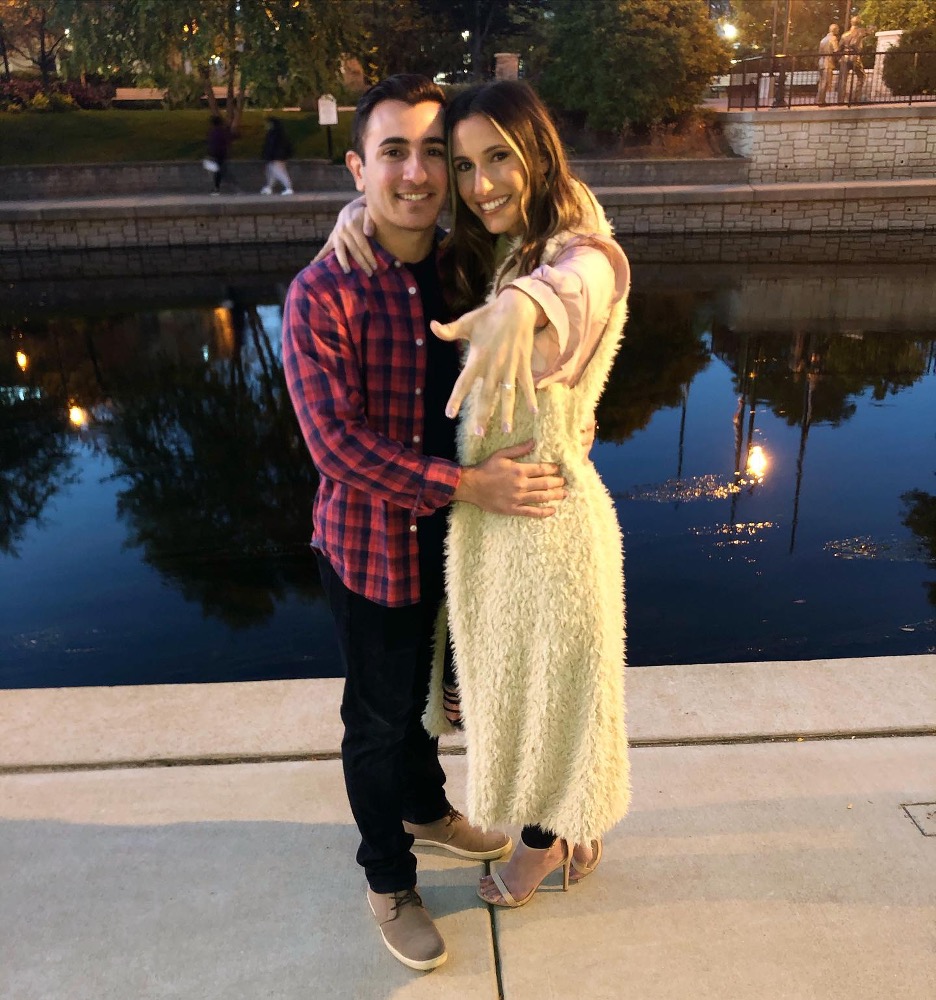 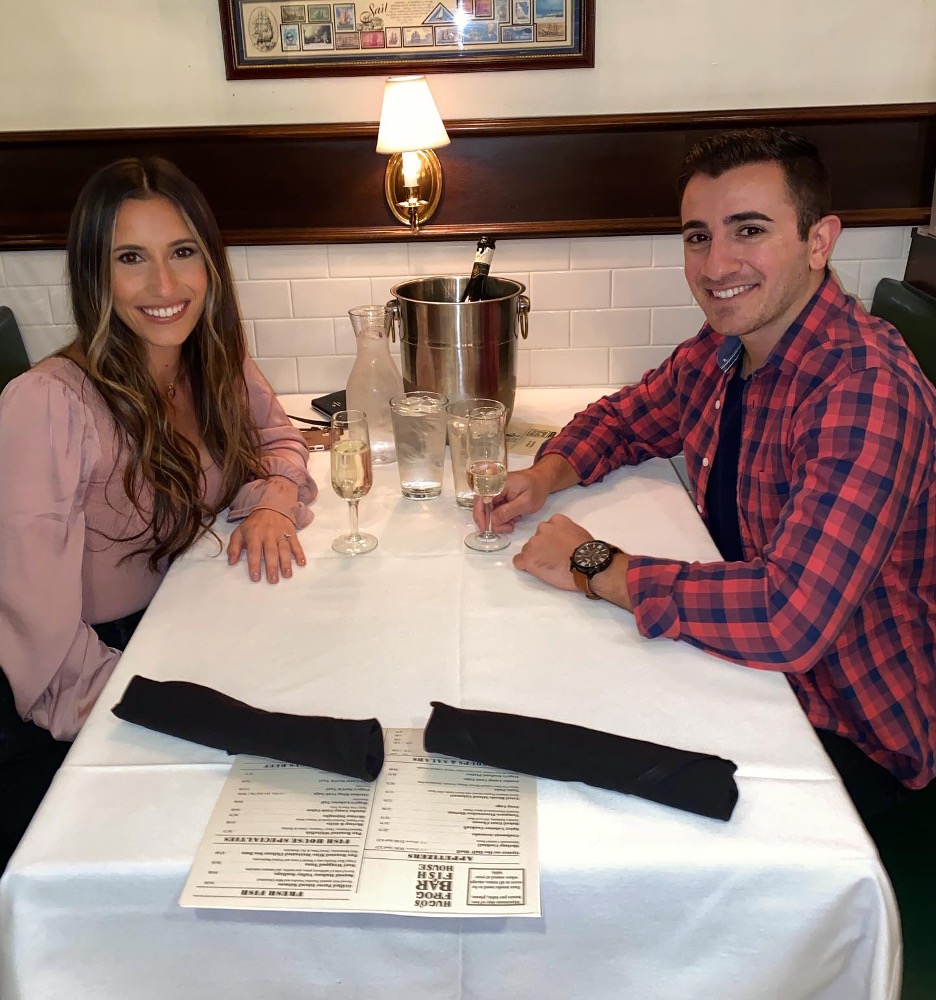 Mario and I met back in 2013 through a mutual friend but lost contact until 2016. Fast forward to May 5th, 2016, and we were both out at a restaurant celebrating Cinco de Mayo. As I was leaving, I saw him and said hello! A week later, we were already going on our first date.

Fast forward to September 19th, 2020 (the day he proposed). It was the day before my birthday, so we already had plans to go out to dinner. As I was getting ready, Mario would not tell me where we were going to dinner. He told me to get in the car, and it would be a surprise! As we arrived at Naperville- I thought I knew where we were going, but Mario led me down the river walk. He then pulled me aside in front of all of Naperville and got down on one knee! I was absolutely shocked and so excited! I can’t wait to be the future Mrs. Napolitano!