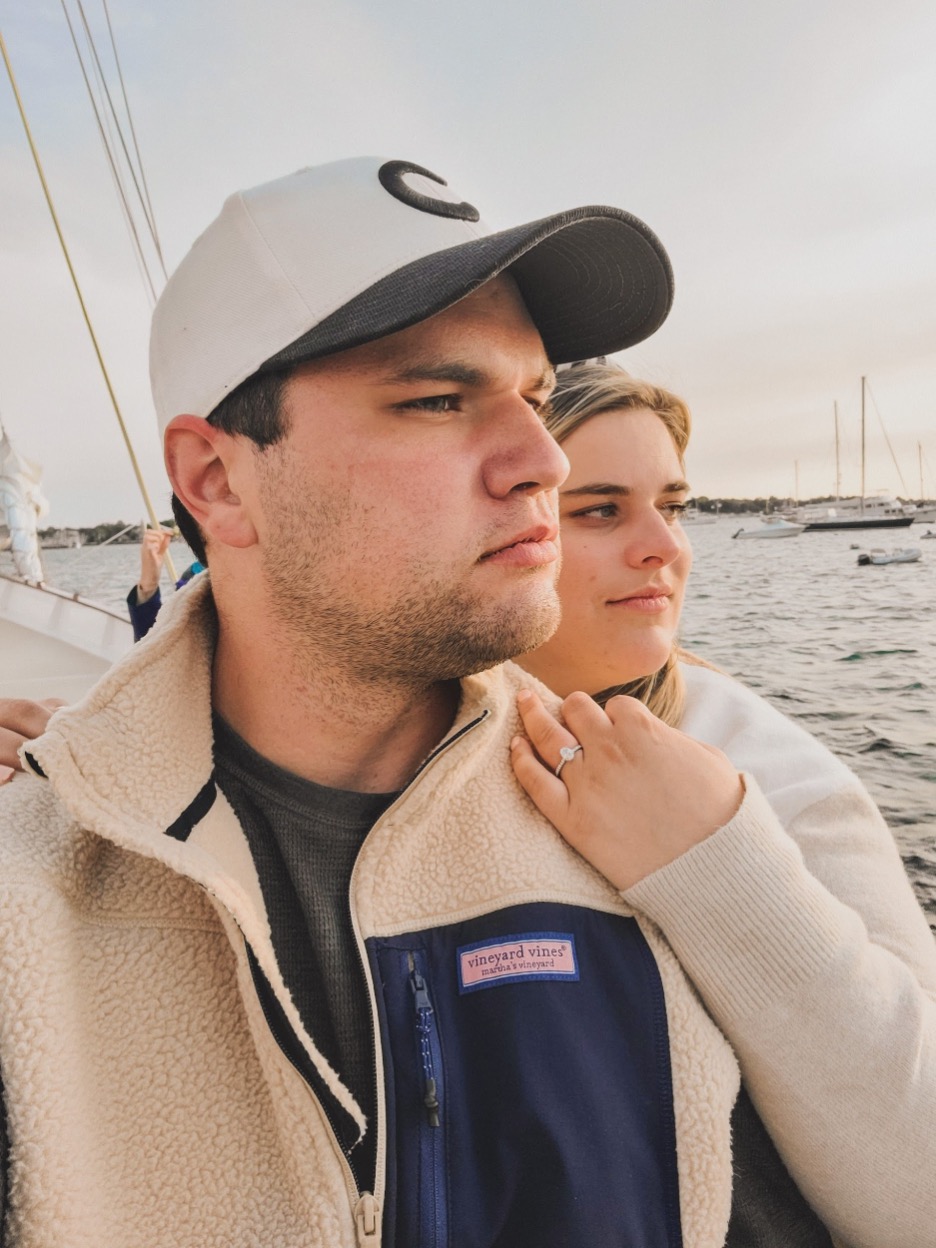 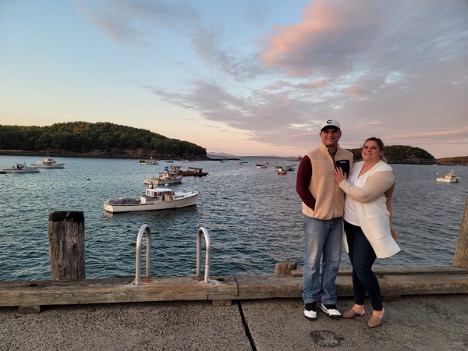 We have been dating for a little over two and a half years. We were planning a New England road trip. I had a small suspicion [he was planning to propose], but I was almost positive it was coming later in the year. Bobby took the day off before our trip to run some errands, and he called me to help bring some things in from the car.

I went down to the car, and he was nowhere to be found. Finally, the door lifted on our garage, and he had a stuffed lobster holding the ring. He asked me to be his wife! It was hilarious and amazing, and it was perfect for us. We celebrated in Maine and Rhode Island afterward!