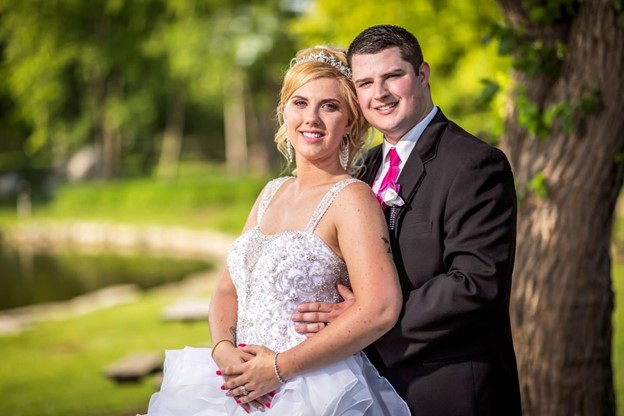 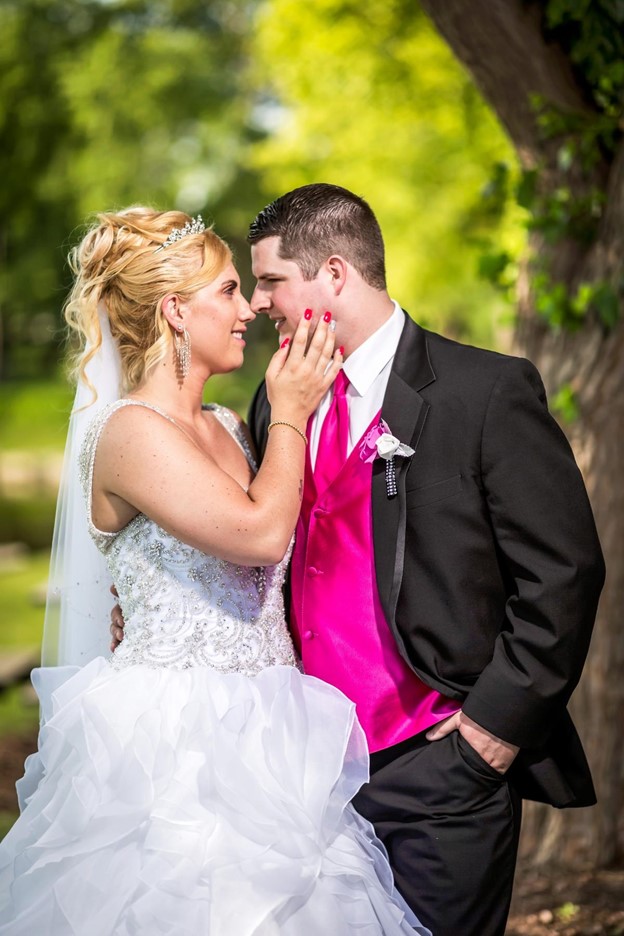 “Daniel and I met our senior year of high school. He first noticed me in our financial math class, and later, a friend introduced us. He asked me to prom April 21, 2011, and by the 24th we were officially dating. Three years later, we were engaged on December 24, 2014.

Daniel planned the day with my love of Christmastime and family in mind. He asked my stepmom to post three signs saying ‘I Love You’ on the back door when we entered. It was super sweet! I said, ‘I love you too!’ and as we entered, my entire stepfamily was gathered in the kitchen waiting for us. Daniel got down on one knee with our boxer Oliver beside him and proposed. We wed on June 15th, 2018, three and a half years later. We are now purchasing our first home, starting our new life together.” - Cassandra