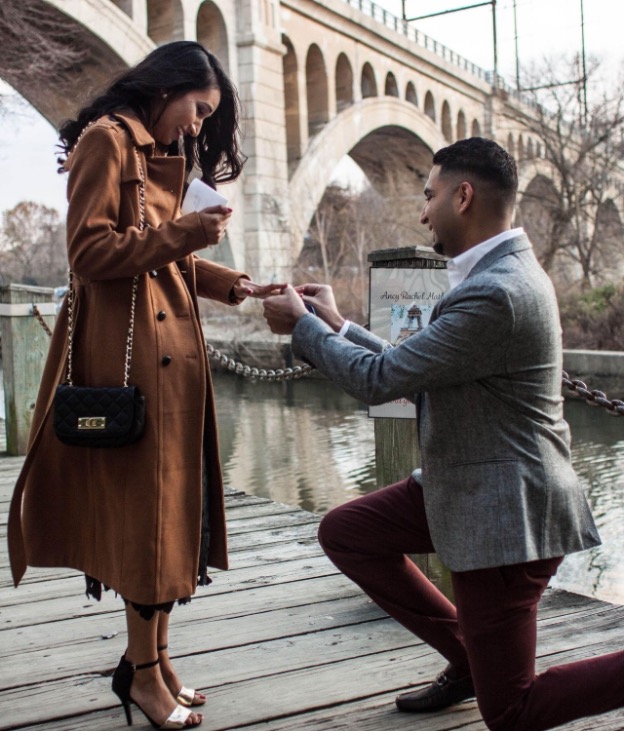 We have known each other pretty much our whole life. We are best friends, and being more than that always had its wrong timing. One of us would fall for the other, and it just was not the right time. In 2012, we decided that we weren't going to fight fate anymore and see where we would go. Happiest decision ever made. We have so many memories and so many accomplishments in the four years we dated. In 2016, I had a work trip to Chicago, and my now husband joined me at the end for an extended weekend in Chicago. On the last day of my training, he was supposed to pick me up with one of his best friends, but they were late. Little did I know that both were at Razny Jewelers picking out the most perfect and beautiful ring for me. On December 10, 2016, John planned the most beautiful proposal ever. He did a "walk down memory lane" along the Manayunk Canal. It is still one of the most perfect days of my life.